SSH tunneling is a method of transporting data over an encrypted SSH connection.

You can enable and configure it in the connection management section of the Bosch IoT Things UI. 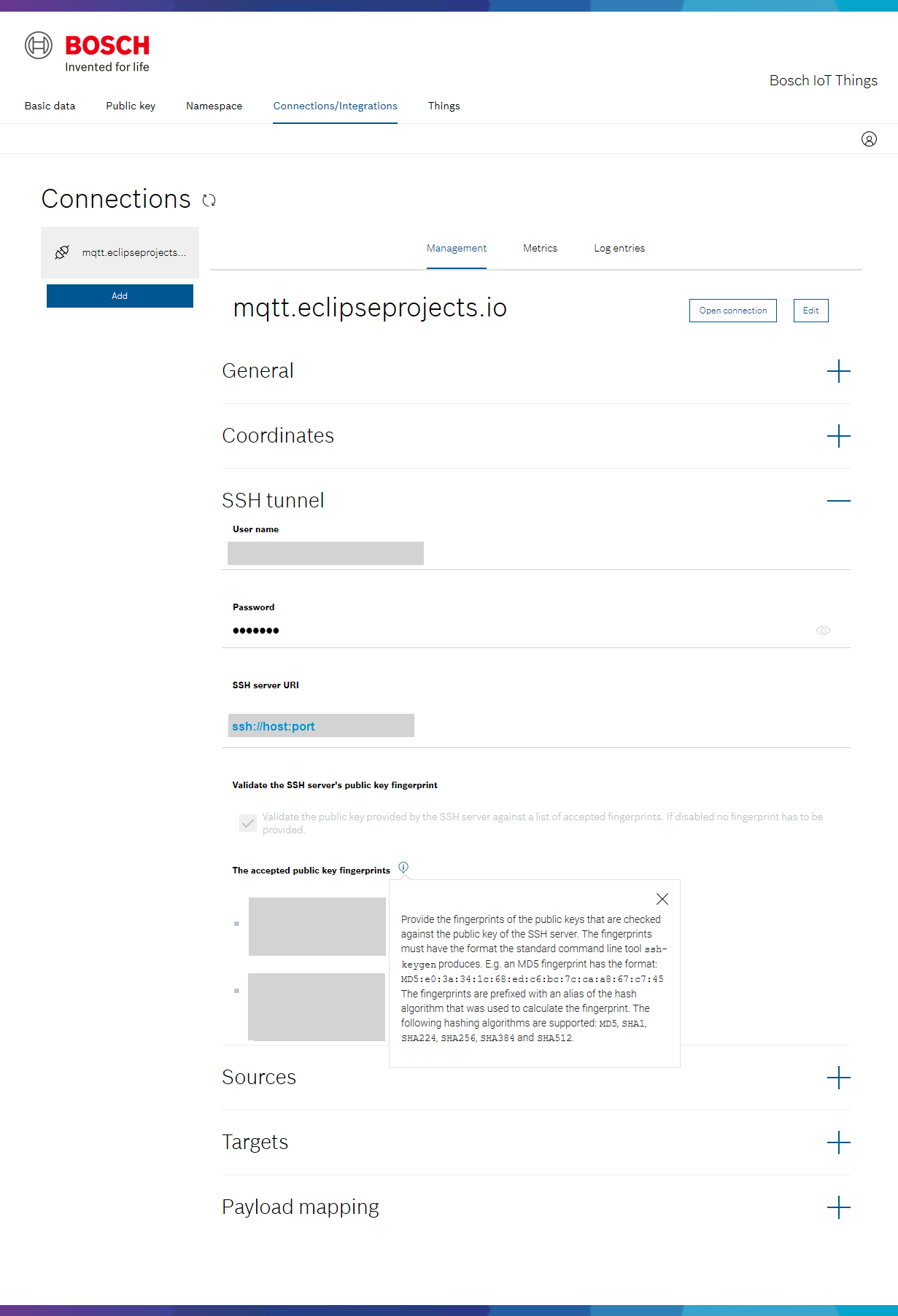 Once configured, Bosch IoT Things takes care of creating a tunnel and connecting to it, in order to establish a connection to the actual endpoint.

The state of the tunnel is reported in the connection logging section in the UI. This can be very helpful to diagnose connectivity issues.

We are happy to announce that our open source base, the Eclipse Ditto project, is preparing for its next major release 2.0.

Find a compact summary at https://projects.eclipse.org/projects/iot.ditto/reviews/2.0.0-release-review.

As Bosch IoT Things already provides all features announced there, the main impact will be the availability of the new Ditto client versions, as well as the end of support for API 1, things-client, and authentication via cryptographic challenge.

End of support for various resources

Bosch IoT Things HTTP API v1, things-client and authentication via cryptographic challenge were announced as deprecated in February 2020. Now the time has come to end support for these resources.

With this documentation update, we have also removed all sections describing the deprecated resources.

At this occasion, various minor bugs have also been fixed.